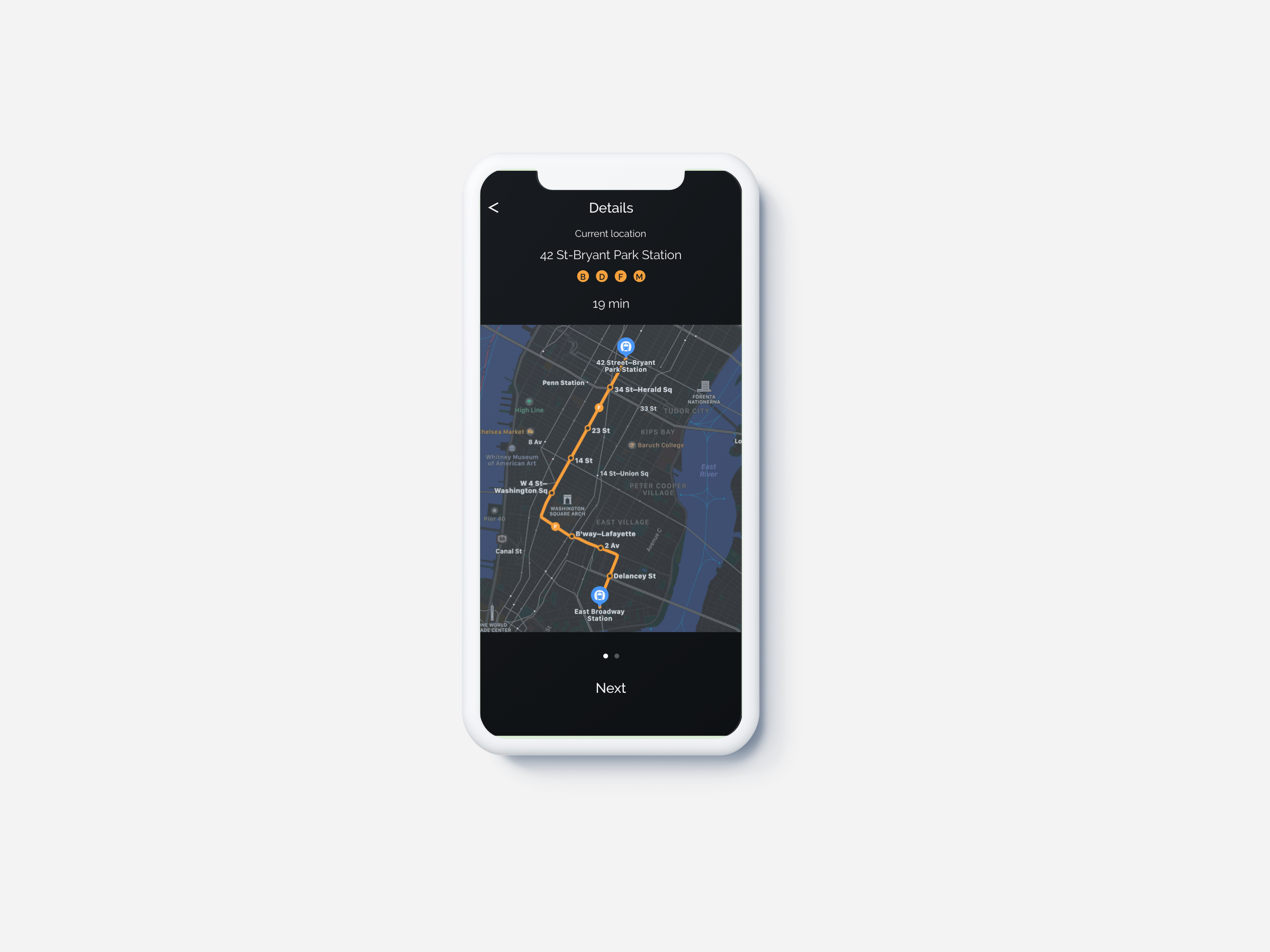 New York City will be launching a new app in support of its new system called OMNY that will include the new mobile ticketing system. Considering the context of use, I thought it needed to be focused, relevant and fast.

When it comes to using transportation services it’s all about speed. It needs to be easy to understand the information about how I can go from point A to B. It needs to be equally easy to pay and redeem your tickets. This is important because as a user you’re surrounded by other stressed passengers.

My solution is focused, relevant and fast. The measure of success for a transportation application isn’t time spent using it, rather how fast and reliable it is. A design choice I did was to implement a dark theme, it is because it enables me to point out extra important information.

I did a lot of observation of both the information accessible around Stockholm but also of the commuters that I share the metro with. As I commute daily here in Stockholm and uses the app they provide I thought it would be interesting to create a concept of that myself. The functionality of scanning a ticket with your phone is already implemented and is something I use. My process involved a lot of reflections and comparisons with existing solutions. Besides looking extra into the SL application that I'm using, I also tried using applications called Transit and Travis. After my observations, I began structuring a UX flow on paper to be able to quickly change and iterate as my ideas were coming to me. I based this UX flow on my observations, reflections, and notes that I had taken during my research phase. I then created digital sketches in Sketch that I revised a couple of times. It resulted that I took the sketches from Sketch and created an interactive prototype in Proto.io. 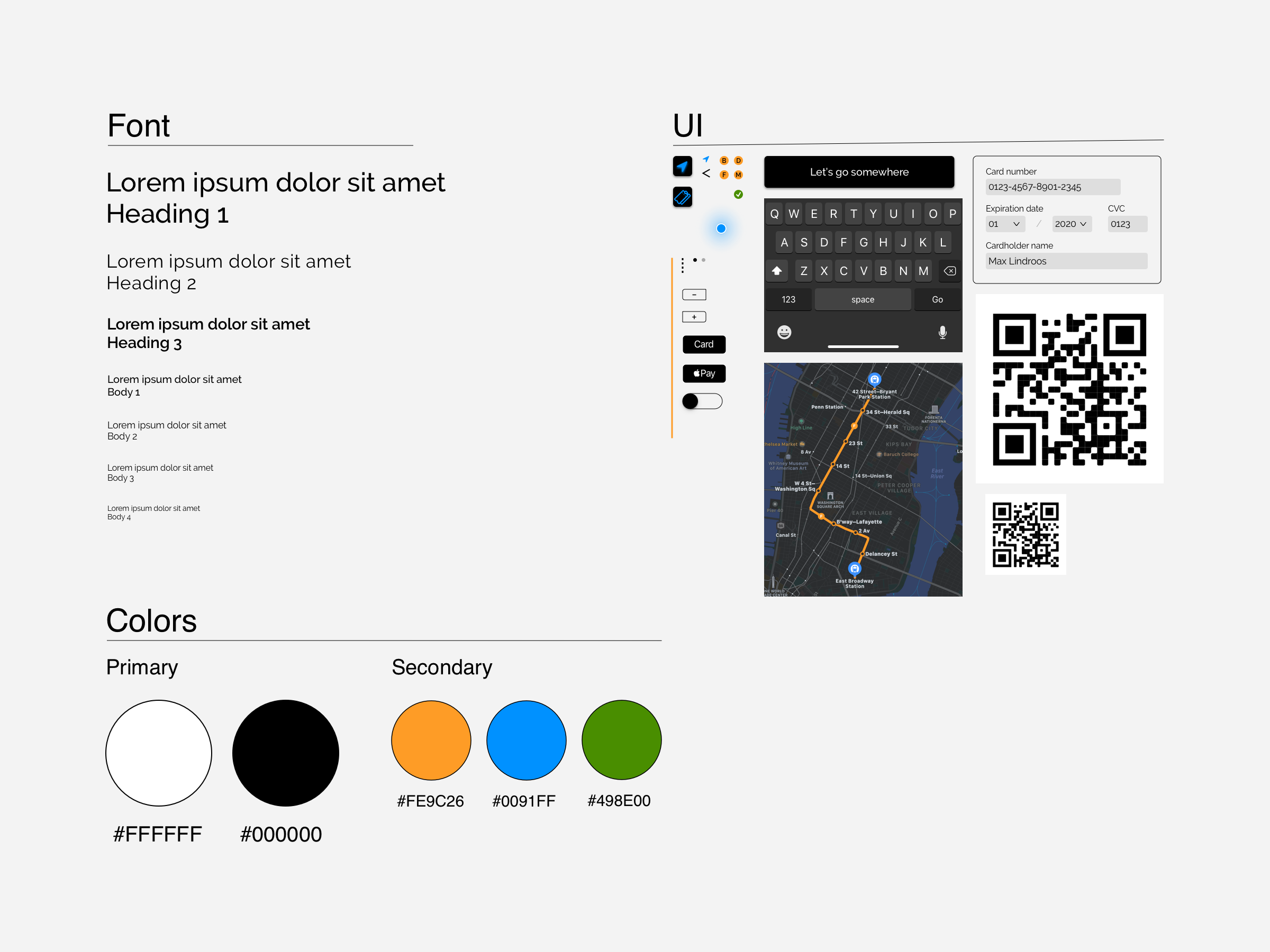 My design is very minimal but focused. I wanted the users to be able to quickly go from wondering how to go somewhere to be able to get a ticket there. My choice of using a dark theme is to be able to highlight certain objects. From a user perspective, it should be fast to find the most important information. Because most often you are using the transportation application as some sort of tool to assist you at the station in real life. During my observations, I noticed that the users of the applications aren’t spending any longer periods looking at their phones. There’s too much happening around them to be able to do that. Navigating in the station around other people that often are stressed, finding information is not about reading. It’s about noticing a few certain points of information e.g. which platform a certain line goes from when it goes and in which direction. 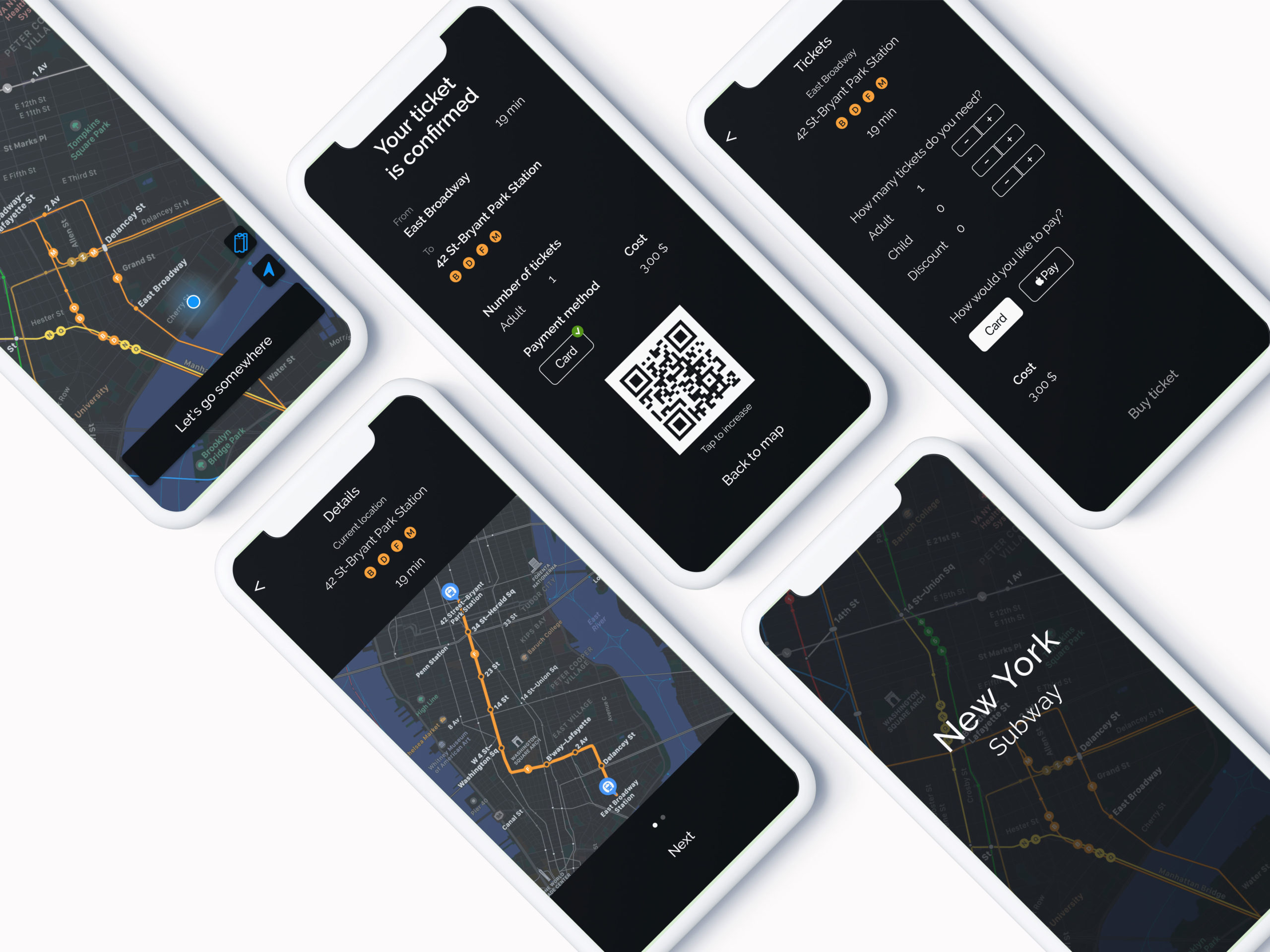