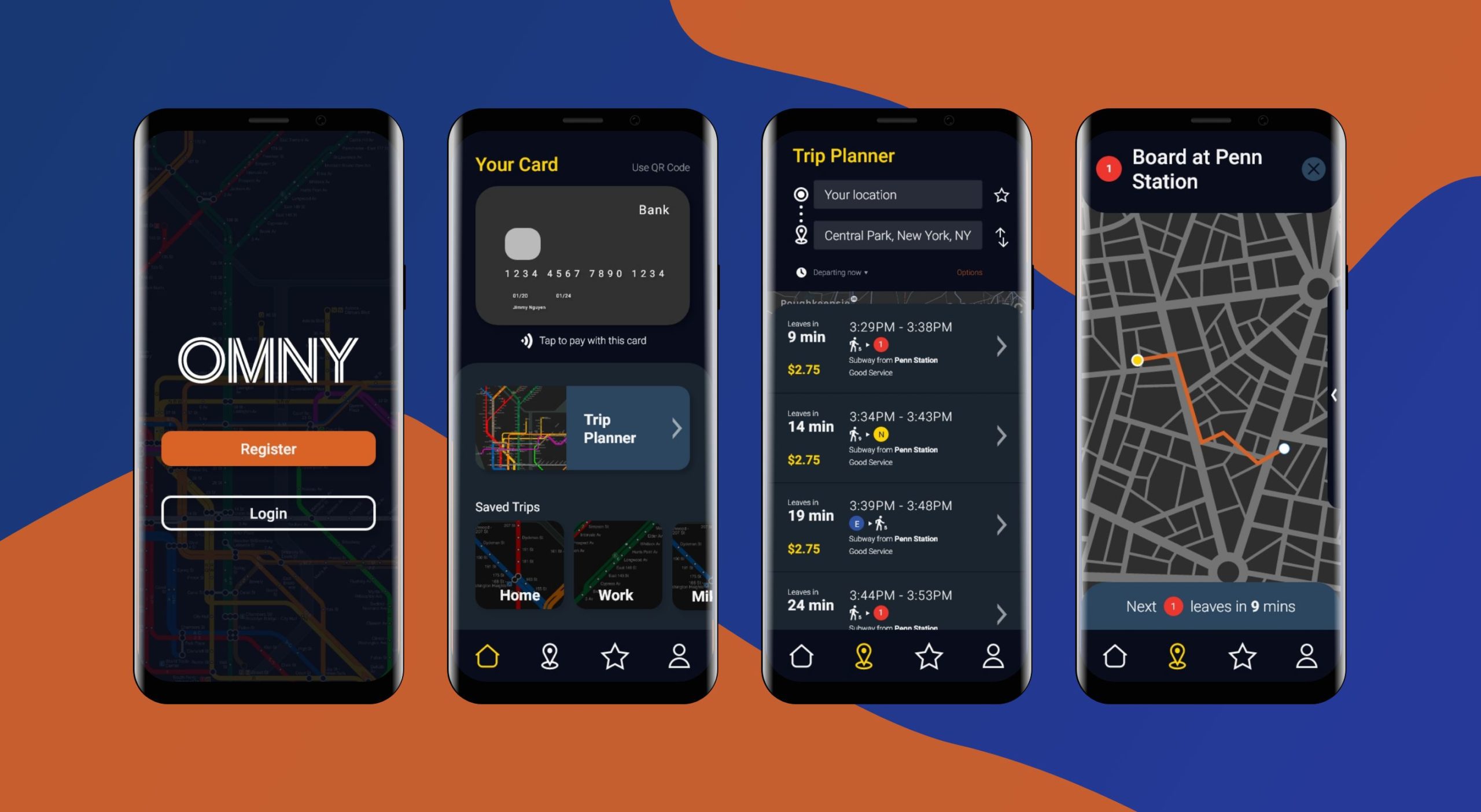 The New York City subway systems hosts some of the largest commuter traffic in the world with millions of travelers on any given day. The experience of the commute itself is full of friction – whether that is buying a ticket, finding out which line to take, or even waiting for a subway.

Not only is commuting repetitive but oftentimes public transport is a necessity in order to get around NYC. As such, commuters aren’t looking for a flashy app with a boatload of features. Instead what they want is something that lets them get through their travel quickly and simply.

From a user perspective, two things stand out in helping reduce the friction of the commute – mobile ticketing and wayfinding. The goal will be to create a seamless experience in opening the app and tapping against an OMNY reader or using the app to identify the easiest route to one’s destination. 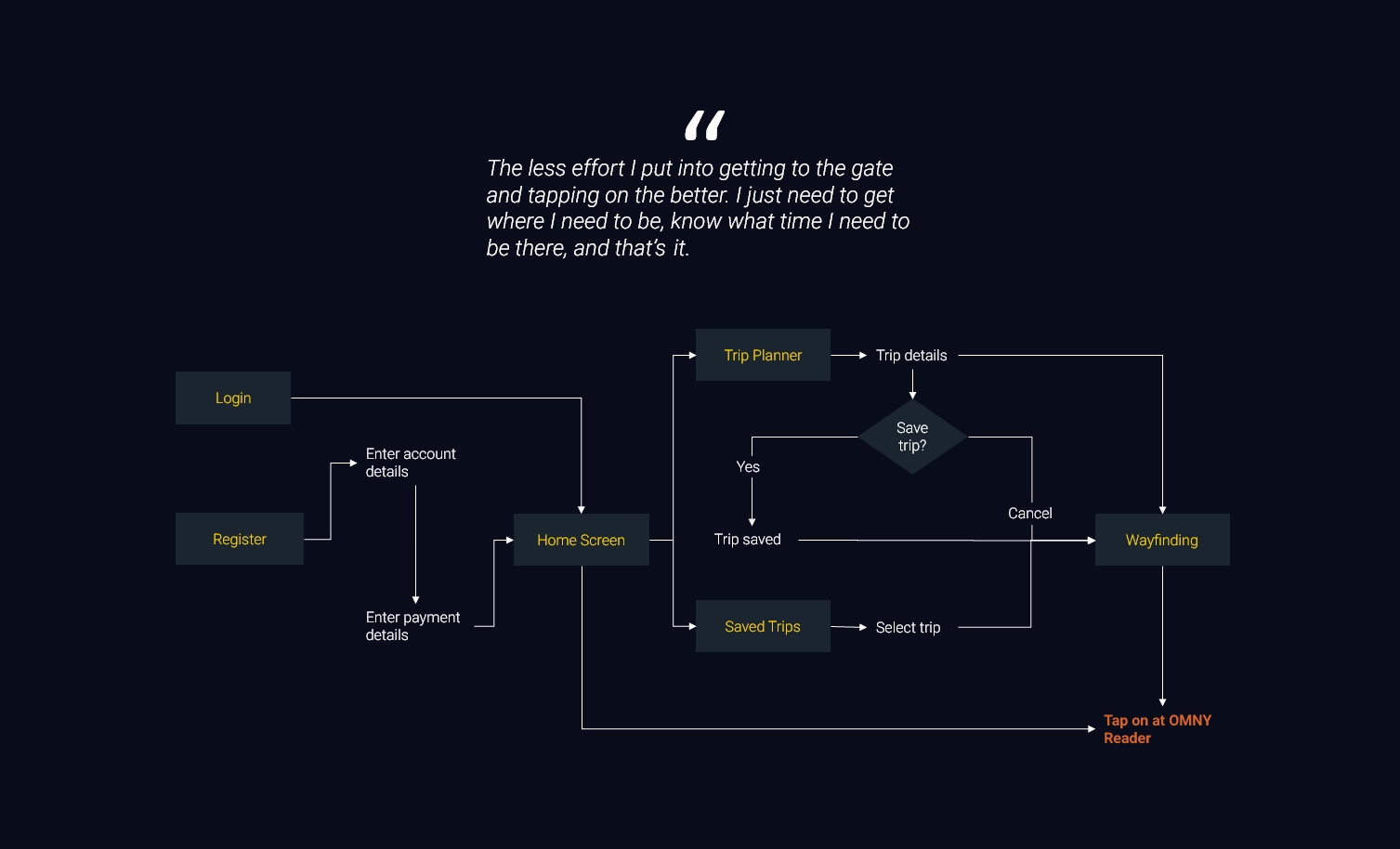 With many commuters that I spoke responses were generally the same – ticketing was tedious and navigating different lines was challenging. As a result, I wanted to limit the main user actions to two primary things: Tapping onto the OMNY reader and wayfinding. Ticket charges would be something that can be done in the background after the trip has concluded and as such, a user can skip that step. After sign-on/registration, users will be able to immediately tap on with their app, with their payment method (Card/QR code) prominently displayed on the homescreen. Users will also have easy access to their saved trips which will quickly let them identify upcoming transport times. A trip planner is also prominently displayed if the user wants to look up transport options to a destination and use a built-in way-finder to reach that destination. From the wayfinder screen, users can also access their card by swiping in from the right – allowing for easy tap on/off during navigation. 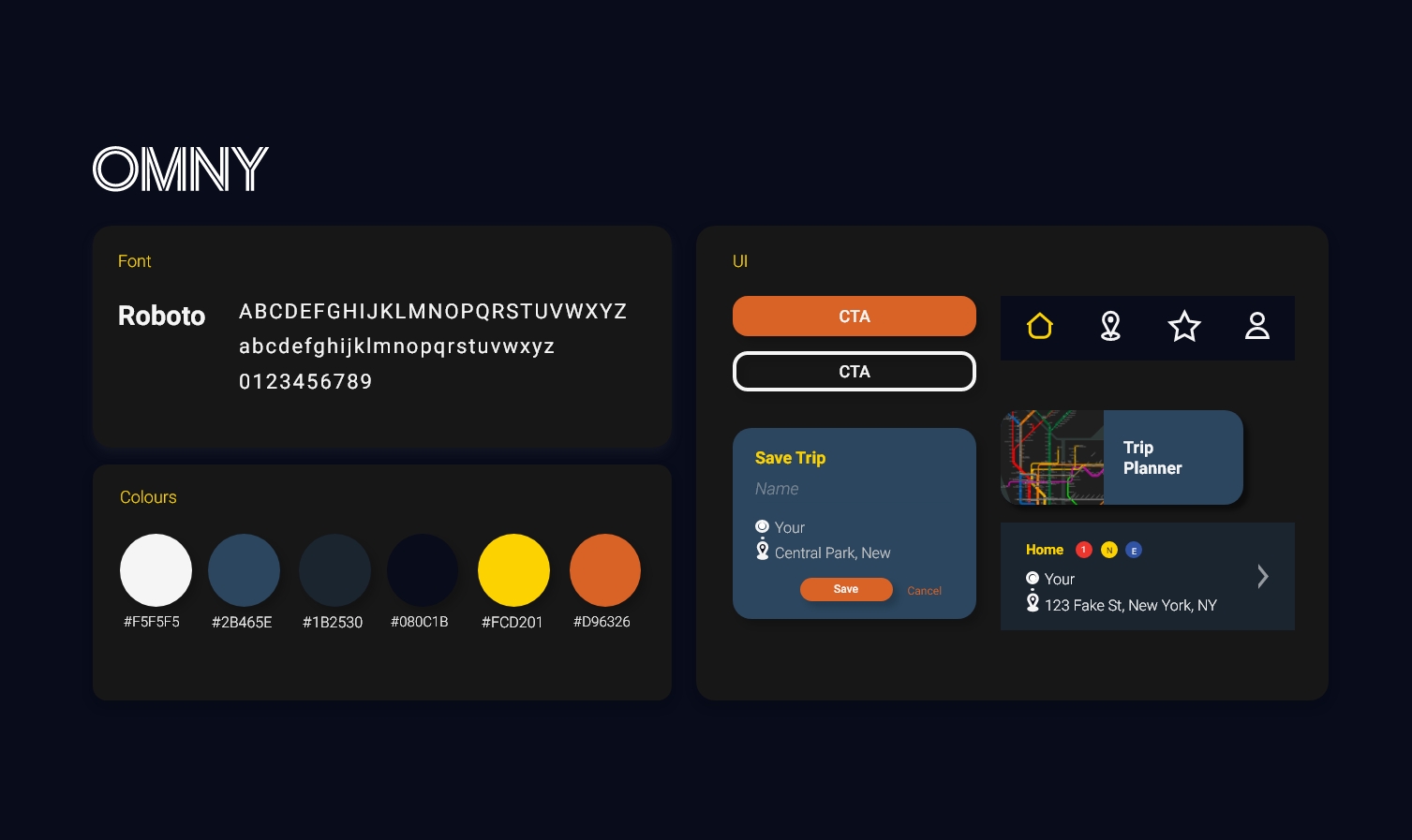 I wanted this app to reflect that NYC personality: Bold, structured, and reliable. I leveraged shades of blue and the orange from the New York City flag to further align to this identity. Yellow accents were used as a stark contrast to the dark blue background – reinforcing the boldness of the brand identity. Nonetheless, minimalism also played a big part in the design. As a contrast to the bustle of the city, this app looks to provide clarity and focus in terms of what it needs from the user and how it used. A distinct visual hierarchy is therefore employed to draw the focus to what is important to the user - whether that tapping on with their “card” or following the directions on the wayfinder - precision and simplicity are the goals here. 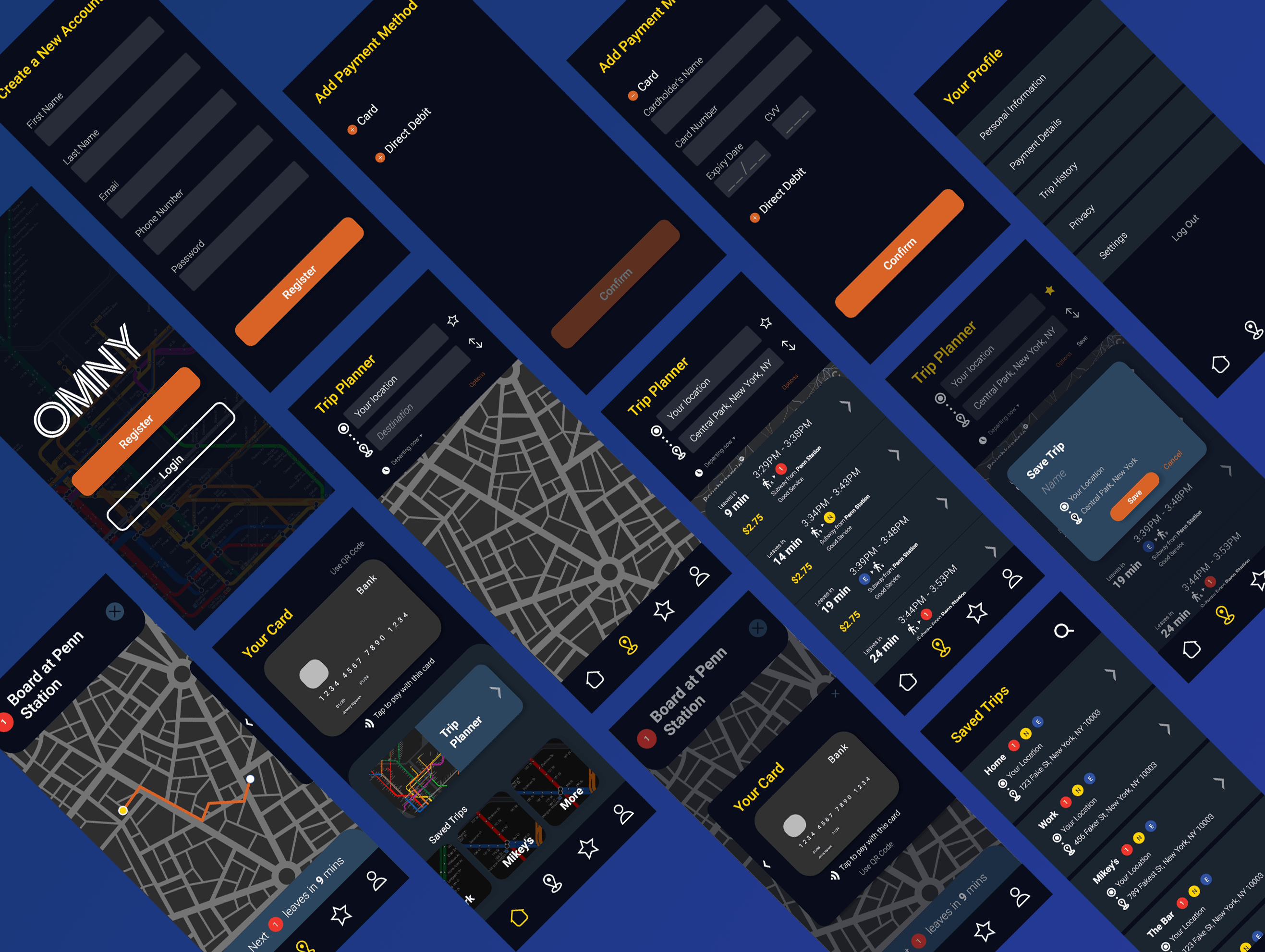